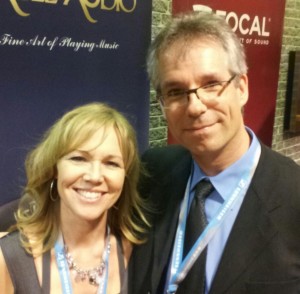 Hello all, this time a little contribution by the newest team member...

Without music the world would be a dull place... I had the privilege to be part of the Salon Son & Image where I met my musical friend and great fan of Keith, Anne Bisson. Salon Son & Image is the annual High End Audio trade-show in Montreal, QC, Canada, Anne's home city. The moment we spoke about the ProgRockDoc project, she excitedly told me she played an Emerson, Lake and Palmer medley at this very place today exactly 3 years ago!

Thanks to modern media it did not take me much time to find it and am happy to share it with you:

Writing this blogpost, listening to 'Three Fates Project" I wished I had that music with me at SSI to play on the high resolution sound system we had there... A very high quality recording! Next time for sure...

Back in BC, the team is in full swing to reveal the latest news on ProgRockDoc shortly, as we build out the twitter and facebook fanbase.

It's been a trying year for the project, after some initial positive vibes from our Nashville appearance, we still have to get a number of interviews and events to shoot in 2013. So we have started an Indie Gogo campaign to help us finish the film.

Thanks to CJ Vanston down in LA, we have a place to shoot some of the remaining interviews and potentially some awesome linking sequences with Harry Shearer in June. Then in September, Keith is being honoured with a Lifetime Achievement award in Kentucky.

We need your help to get us there and to a cut of the film! 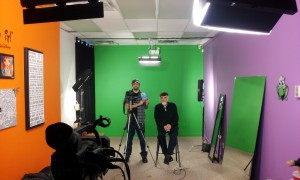 Thanks again to everyone who has helped us to get this far... now we are the last stretch.

Thanks to Lori Welbourne at On A Brighter Note studios in West Kelowna, we have made a campaign video... more coming in the coming weeks... and thanks to Hans Looman for coming onto the campaign team to work some social media magic with Twitter,Wordpress and QR Codes to name a few!

So check out the campaign and join in at whatever level you like, and share among your friends! Prog on.

Still recovering a little after a busy couple of weeks in which we managed 8 interviews and 5 concerts! Thank you to Michael Thirkill and Cybele Abbett for making us feel welcome during our stay in Oregon, and congratulations to the Rogue Valley Symphony, who under the class pairing of Martin Majkut (conducting) and Jeffrey Biegel on Piano gave a fantastic start to their season and did justice to Keith Emerson's Piano Concerto #1. 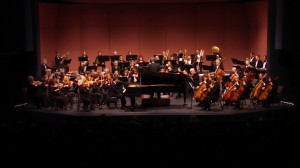 Once we hit the road again, it was up to Seattle and we were lucky enough to catch up with Dream Theater's Jordan Rudess before the opening show of their Dramatic Turn of Events Tour. 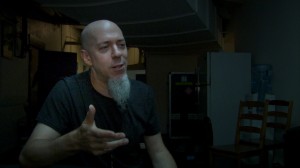 We caught up with Jordan in the backstage area of the vintage Moore Theatre. A great interview and really nice guy too. Needless to say the show rocked!

Balancing my clients with the next (and final) stage of interviews now... as we look at a return to the UK to pick up the interviews we missed last year.  Stay tuned!

After a few days of intensive driving from interior BC to Hollywood California, we have made it to the beach... and soon after stumbled across an avid Keith Emerson fan reading a book and making holes in the sand.

Shooting on half a shoe-string budget, on a healthy diet of fast foods and highway hotels... we've managed 5 interviews in the few days we've been here.

Thanks to the Rainbow Bar and Grill on Sunset Boulevard, we were able to catch up with former Gary Farr and the Tbones guitarist Cy Langsdon. Our first interview of the trip and crazily we weren't the only crew who got in there that day (a reality tv crew managed to sneak in... but seeing as it was about Food and the Mob... we let it slide...!).

Some great stories from Cy, and a great way to kick things off. Next up was Karen McCarthy the daughter of the inventor of Keith's Flying Piano, that he flew on a few occasions in the seventies... most famously at the California Jam. Great stories behind another great friend of Keith.

Stories from the road in recent years by catching up with Marc Berthiaume, one of Keith's technicians fishing off of Santa Monica pier. Then finally we set off to CJ Vanston's studio in Studio City, and were lucky enough to interview both him and former Doobie Brothers and Best Guitarist Jeffrey "Skunk" Baxter about their experiences with the Maestro.

We begin the climb back up to Canada tomorrow as we hit the road for Oregon for the Rogue Valley symphony orchestras performance featuring Keith Emerson's Concerto #1.